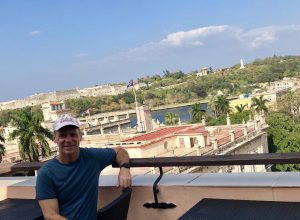 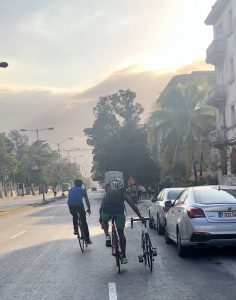 I would have to blame my brother David and my friend Todd. David was a huge cyclist always talking about how great cycling is, etc., and pushing me to get a bike and ‘go for a ride!’ Once I finally bought a bike, Todd went on a long ride with me and shared his passion for cycling with me as well — and then he made an off-handed comment about ‘those crazy triathletes’ being in a whole ‘nother category. … and so of course I was intrigued.

My old buddy Todd and I decided to tackle the Kiawah Island triathlon in 2008 – an Oly. (And OH my what a first race – with a hurricane blowing 300 miles off shore the sky was clear and the wind wasn’t too bad, but the waves were (not kidding) 12 feet high… and I loved it.

You recently did a triathlon in Cuba. How did that go?

Next question? … OK, but seriously. It was a, let’s see, how can i put this delicately… a cluster? I am not the king of logistics so, while I do train pretty religiously and really enjoy the training process, I suck at logistics. And the race in Havana was probably Exhibit A in that regard. First, I did not ever figure out how to get my bike there — some folks said that getting my bike down there would be no problem and others said it couldn’t happen (this was from the Southwest Airlines folks themselves…). So I realized pretty early on that I should rent a bike. (Notice the word ‘should’ in that last sentence.) About a week before the race, i.e., insanely late in the process, I made the decision to a) go on a bike tour through Airbnb Experiences and b) talk to the bike shop owner when I get there about renting or borrowing a bike. If that sounds to you like the worst possible plan one could make, up there with that whole Fast and Furious ‘gun laundering’ operation — you’re right! After talking with the bike shop owner about renting The Only Bike Left in Havana, I realized that I was being offered his old steel-framed commuter bike from the same era as all those cool cars in Havana i.e., the 1950’s! (But far less shiny). To try to make a long story short, my swim was fine (for me. That is, I finished the same day I started.) And then I powered through 43 hot, aching, dusty, brutal miles through the streets and highways of Havana on that beast before getting a flat (prayers …. answered!). And since of course the bike owner forgot to give me a spare… I was done. For which I was grateful. Especially since they had run out of water at the previous two support stations… and provided no other food or liquid…

Did you do anything special to train for it?

Well it was hot. REEEEALLY hot. And so of course I trained in the frigid temperatures of Northern VA to prepare, and tried to get in as much of that ‘wintry mix’ bike riding before I left…. which ironically didn’t seem to help.

Have you done any other international races?

Only one. I traveled to stunningly beautiful Whistler (IronMan Canada) in the summer of 2019. Also fraught with challenges… but those are stories for another time! That’s the only one — unless you count IronMan Ho Chi Minh (aka PeasantMan) as ‘international?”….

Any other memorable races or experience?

Probably the most fun race I’ve done was IMKY in 2013. I had trained like crazy and was as ready as I could be physically and mentally. Race day went smoothly and I felt like I still had something left in the tank when I was done and. It. Felt. Awesome.

I enjoy hiking, cooking, reading, dancing by firelight, sipping wine … wait. Is this a dating profile?

I met Obama at the Coupe in NW DC in the fall of 2012. Pretty sure he could tell you the exact date… 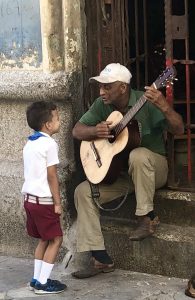 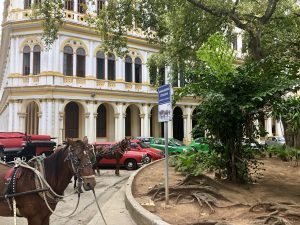 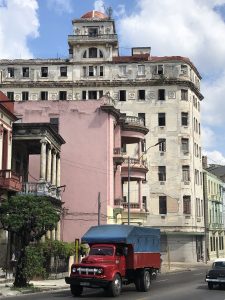 November, 2012
“The Training Diaries” is a periodic series of posts by Lindsey Jerdonek, a DC Tri Club member, and third-year professional triathlete. ...

June, 2018
Cindy began her triathlon career in 1987 with 2 BudLight Tri’s with a very fun group of friends. There was no training, a borrowed hybrid bike a...

February, 2019
Joe Munchak 1) What do you think about when you’re swimming so many yards? Mostly, I try to stay focused on the workout, counting strokes, how my ...

By checking the box below, you agree, warrant and covenant as follows: I acknowledge that a triathlon or multisport event or training can be an extreme test of a person's physical and mental limits and carries with it the potential for death, serious injury, and property loss. I HEREBY ASSUME THE RISKS OF PARTICIPATING IN ALL DC TRIATHLON CLUB FUNCTIONS, including training, educational and social events (collectively, "Events"). I certify that I am physically fit, have sufficiently trained for participation in DC Triathlon Club Events and have not been advised otherwise by a qualified medical person. I acknowledge that my statements are being accepted by the DC Triathlon Club and are being relied on by the DC Triathlon Club Organizers and the administrators in permitting me to participate in any organized Club Event. In consideration for allowing me to become a Club Member in the DC Triathlon Club and allowing me to participate in Club Events, I hereby take the following action for myself, my executors, administrators, heirs, next of kin, successors and assigns: a) I AGREE to abide by the Competitive Rules adopted by USA Triathlon, including the Medical Control Rules, as they may be amended from time to time, and I acknowledge that my Club membership may be revoked or suspended for violation of the Competitive Rules; b) I AGREE to abide by DC Triathlon Club rules and code of conduct, as they may be modified at any time and at DC Triathlon Club's sole discretion, and by the rules established for any DC Triathlon Club Event; c) I WAIVE, RELEASE, AND DISCHARGE, from any and all claims or liabilities for death, personal injury, property damage, theft or damages of any kind, which arise out of or relate to my participation in, or my traveling to and from an organized Club Event, THE FOLLOWING PERSONS OR ENTITIES: DC Triathlon Club, Club Sponsors, DC Triathlon Club volunteers, all states, cities, countries or localities in which Club functions or segments of Club functions and held, and the officers, directors, employees, representatives, and agents of any of the above; d) I AGREE NOT TO SUE any of the persons or entities mentioned above for any of the claims or liabilities that I have waived, released or discharged herein; and e) I INDEMINIFY AND HOLD HARMLESS the persons or entities mentioned above from any claims made or liabilities assessed against them as a result of my actions during an organized Club function. I HEREBY AFFIRM THAT I AM EIGHTEEN (18) YEARS OF AGE OR OLDER, I HAVE READ THIS DOCUMENT, AND I UNDERSTAND ITS CONTENTS. If the applicant is under eighteen (18) years of age, their parent/guardian must sign this annual waiver and release form and an additional release available from the Club.
240 queries in 2.980 seconds.