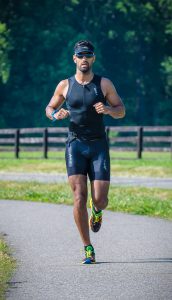 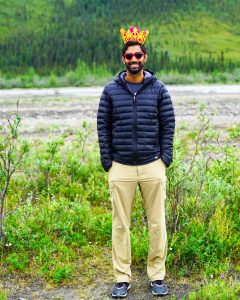 Honestly I couldn’t really tell you what initially put the thought in my head. I grew up playing soccer and basketball, but that was pretty recreational by the time I hit college. When I was about 22, I found myself wanting to be competitive again and looked into 10k/half marathon training. But having never been a pure runner before, I just picked up injuries non-stop for about 2+ years.

Somewhere between riding a stationary gym bike (the only thing I was allowed to do) and physical therapy, I’m guessing someone mentioned triathlon to me and somehow it clicked. Ironically, one of the guys I worked with at the time was into the Ironman scene. So he kind of talked me into it/gave me some guidance during the early days.

2015 Giant Acorn Sprint. I lost a finish-line sprint and missed out on the novice-category podium, still bitter about that…

Since I’ve made far too many, here are the big ones:

Most memorable tri experience was the DCTC Columbia Brick-nic in 2017. I had just joined DCTC (the day before) and just wanted to meet fun people. Weather that day was actually miserable (~45ºF, windy, rainy) and the route was super hilly. But made a few really awesome friends that day that I still keep in touch with (even though we’re all in different time zones now).

(Hah, outside of triathlon…)

I recently quit global health work to go back to go back to medical school, so my interests are somewhere in-between those two things. Current favorites are human trafficking, political economy of Sub-Saharan Africa, refugee health, and eating @jenisicecreams while memorizing random proteins.

How is training or racing now that you are in Florida?

It’s been a weird few months of training in Florida. When I moved here mid-2019, I was just coming off a stress fracture and just coming back into serious running/riding. So I got in shape for my last race of the season (Miami Man Half) and then shut it down again. I was just starting to ramp up again in March of 2020 when COVID hit and shut everything down. So the racing itself has been very stop-start.

It’s nice in that you can *technically* train year round here but…between the miserable summer humidity, the daily summer thunderstorms (and every pool here is outdoor), and the highly questionable driving, it’s an interesting situation. But as Jeff Goldblum says….Life finds a way.

Personally I’ve never done particularly well with heat, humidity, or wind, so forcing myself to get used to those (often at the same time) has been a big benefit to me. Still, I definitely miss the trails of Rock Creek Park, hammering it down MacArthur on the weekends, and honestly just not sweating every time I walk out the door.

If I could give my past self any advice:

The way I see it, there 3 kinds of people who come into tri:

I’m DEFINITELY in that last group, which is probably why I got injured so much in my early years. Endurance sports are about *endurance*, so focus on mechanics, consistency, and easy volume rather than massive amounts of intensity. (Past Jason, you definitely don’t need 3 track sets a week). Just take it easy, go for some group rides/runs, and go at a “conversational pace”.

(Disclaimer: James Chu has given me this exact advice at least 400 times)

Goals for the future? 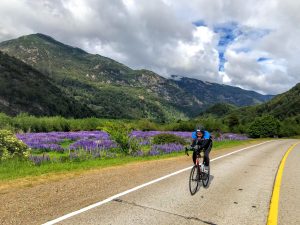 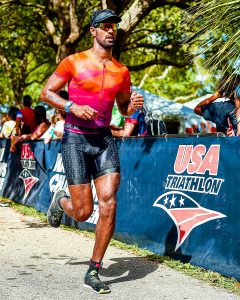 March, 2020
How did you get involved in triathlons? I had done a sprint triathlon in the early 1990s. After my mom was diagnosed with ovarian cancer, I felt like ...

June, 2018
After playing D1 soccer and trying a few months of normal college life, Holli quickly realized she needed a competitive and athletic outlet.  She sur...

December, 2020
How did you get into spartan races? I got into OCR (Obstacle Course Races) 5 years ago when I agreed to do a Tough Mudder… and little did I know...

By checking the box below, you agree, warrant and covenant as follows: I acknowledge that a triathlon or multisport event or training can be an extreme test of a person's physical and mental limits and carries with it the potential for death, serious injury, and property loss. I HEREBY ASSUME THE RISKS OF PARTICIPATING IN ALL DC TRIATHLON CLUB FUNCTIONS, including training, educational and social events (collectively, "Events"). I certify that I am physically fit, have sufficiently trained for participation in DC Triathlon Club Events and have not been advised otherwise by a qualified medical person. I acknowledge that my statements are being accepted by the DC Triathlon Club and are being relied on by the DC Triathlon Club Organizers and the administrators in permitting me to participate in any organized Club Event. In consideration for allowing me to become a Club Member in the DC Triathlon Club and allowing me to participate in Club Events, I hereby take the following action for myself, my executors, administrators, heirs, next of kin, successors and assigns: a) I AGREE to abide by the Competitive Rules adopted by USA Triathlon, including the Medical Control Rules, as they may be amended from time to time, and I acknowledge that my Club membership may be revoked or suspended for violation of the Competitive Rules; b) I AGREE to abide by DC Triathlon Club rules and code of conduct, as they may be modified at any time and at DC Triathlon Club's sole discretion, and by the rules established for any DC Triathlon Club Event; c) I WAIVE, RELEASE, AND DISCHARGE, from any and all claims or liabilities for death, personal injury, property damage, theft or damages of any kind, which arise out of or relate to my participation in, or my traveling to and from an organized Club Event, THE FOLLOWING PERSONS OR ENTITIES: DC Triathlon Club, Club Sponsors, DC Triathlon Club volunteers, all states, cities, countries or localities in which Club functions or segments of Club functions and held, and the officers, directors, employees, representatives, and agents of any of the above; d) I AGREE NOT TO SUE any of the persons or entities mentioned above for any of the claims or liabilities that I have waived, released or discharged herein; and e) I INDEMINIFY AND HOLD HARMLESS the persons or entities mentioned above from any claims made or liabilities assessed against them as a result of my actions during an organized Club function. I HEREBY AFFIRM THAT I AM EIGHTEEN (18) YEARS OF AGE OR OLDER, I HAVE READ THIS DOCUMENT, AND I UNDERSTAND ITS CONTENTS. If the applicant is under eighteen (18) years of age, their parent/guardian must sign this annual waiver and release form and an additional release available from the Club.
238 queries in 1.219 seconds.