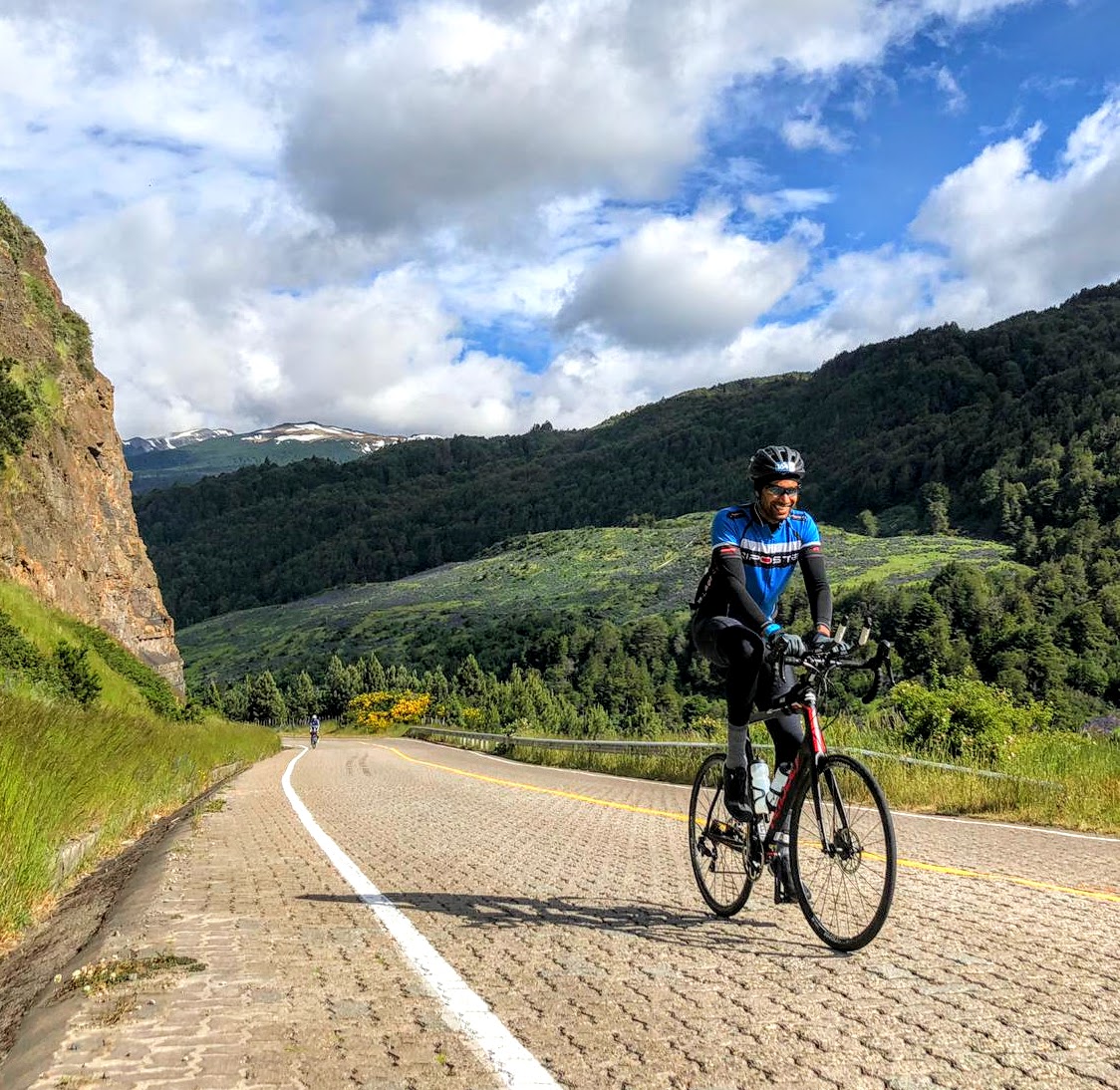 What is an Xtreme triathlon?

Extreme triathlon is basically a full-distance tri (iron-distance) that involves more extreme conditions. The prototype for extreme triathlon, the Norseman, is basically a full-distance race involving swimming in a fjord (~45ºF), riding up mountains in the wind, and then running mountain trains up to a mountain-top finish line. Moreover, playing into the nature and minimalism of the race, you bring a support person with you who can hand you feeds at designated rest stops (no aid stations). Rather than being a “race” with time goals, the focus is more on surviving and enjoying the wilderness.

As they’ve gotten more popular and expanded, you can now find all different types of terrain and weather (Hawaii, Morocco, Montenegro, Nepal, etc). But the general theme is extreme weather, extreme elevation, self-supported, and a trail marathon. There are a couple of different extreme tri race families (Xtri, Extremetris, extreme Triathlon Series), and seems like it’s a growing trend. Basically….it’s just another level of insanity.

If you’re interested, I’d definitely recommend starting with the local Savageman: you’ll definitely get a good sense of whether long races with endless elevation and trail running are for you, but in a local and more low-key environment (plus, support a local business).

You did Patagonman. How was that?

Racing: Absolutely awesome, 900% recommend to all. Again, the overall feel is more about surviving and experiencing nature. My support person in Chile was Sean Casey (from the aforementioned Columbia Brick-nic 2017), who was gracious enough to return the favor after I supported him at Alaskaman.

Like most races in the Xtri family, the swim started with a jump of a barge at 5am…which is definitely one way to wake up. Overall no wildlife (which was a relief), but the gloves and booties definitely made it harder to swim. Bike scenery was amazing! Lupines along the road, picture-esque agrarian landscapes, lung-busting climbs (for the Zwifters, there’s a tunnel up alpe du zwift that is uncannily similar), a fair amount of wildlife (including a stray dog that got me out of the saddle), etc etc. But absolutely soul-crushing in that everytime you crest a climb…you get smacked in the face with wind. So between climbing and wind (neither of which are my strong suit), it was definitely a rough ride. The run was on some pretty open “fire-road-type” trails (although there were a few up-hill sections in significant sand, still not sure how I made it up). The run was a net downhill, which didn’t feel great after a long ride. Still, amazing views of a waterfall, a few springs, and a handful of mountain landscapes. And got to run the last 10k alongside Sean which, by that point, was much-needed.

How was the training for it?

If I could do one thing over, it would be to re-structure my long rides. We didn’t actually get the course map until a few weeks before the race (it was their first year), so I didn’t have the best sense when I was planning my training. But between the massive elevation, the grainy road quality (we’re spoiled in America, honestly), and the brutal headwinds in certain portions, I would have pushed my long rides out to 7+ hours with another 60min run off the back. That’s a pretty brutal training day, but it would have been more similar to race conditions.

The other issue was that the timing of the race didn’t work out super great for me. While all my friends were peaking/racing in july/august, I was still in base training. As I started ramping up, they were all hitting off-season and taking time off. It didn’t affect me too badly, but it was definitely a weird feeling to do nearly all of my bike and run sessions by myself (Masters swim kept me company in the pool).  Those last hours of a long ride can get a bit monotonous.

Lastly, although I had enough OWS practice from the previous summer, it would have been nice to get some training (long runs) on race-similar terrain. I did a lot of the trails in RCP, but these were a lot more technical than the relatively-straight dirt trails I saw on race day. Couldn’t have known given it was their first year (didn’t get the race map until quite late), but if I were doing it again I would go out to Virginia a couple times and find something more race-specific.

You supported your friend Sean Casey at Alaskaman, another Xtreme triathlon. What was that like?

Really awesome actually! There were 4 of us up there, so we made a little trip out of it. Headed up about a week ahead of time, acclimatized and had a bit of fun exploring before the race. Race day was super fun because we basically just followed Sean around and had a little party going. I got to run the last 10 miles of the run with him, which was actually decently challenging (hot and hilly– not my strengths). And then afterwards we rented an RV and “glamped” in Denali for a few days. All in all, super fun experience and got to see Alaska with some friends!

That being said, we did a pre-race swim in a lake that was ~40ºF, so make of that what you will…

Yes and no. As a way to see the country, it was an amazing experience. I got to spend time with a friend (before the race, and then met up with another friend after), spend some time in nature, meet the locals (and other racers), and push myself beyond expectations.

That being said, I do love short-course racing for its intensity and voracity  (“show up, blow up, and throw up). Plus with going back to school, my time is a little more inclined to short-course for the next couple of years. I do still have an eye on xtri tho (their new Montenegro race looks amazing), so I may give that a go in a couple of years. But more about enjoying nature than “racing”. 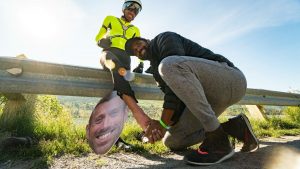 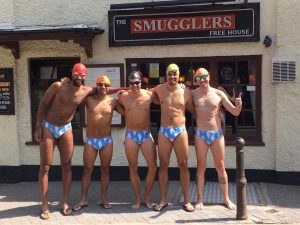 June, 2019
How did you get involved in triathlon? My start was through the DCTri NTP program. It was an excellent mechanism to move from runner to a triathlete W...

July, 2020
How did you get involved in triathlons? I think it all dates back to a hip issue that was discovered and diagnosed when I started running frequently i...

January, 2018
Brian Bachor Have you lived or traveled in a foreign country? Lots! What does your life outside of sport life look like? I try to spend as much of my ...

By checking the box below, you agree, warrant and covenant as follows: I acknowledge that a triathlon or multisport event or training can be an extreme test of a person's physical and mental limits and carries with it the potential for death, serious injury, and property loss. I HEREBY ASSUME THE RISKS OF PARTICIPATING IN ALL DC TRIATHLON CLUB FUNCTIONS, including training, educational and social events (collectively, "Events"). I certify that I am physically fit, have sufficiently trained for participation in DC Triathlon Club Events and have not been advised otherwise by a qualified medical person. I acknowledge that my statements are being accepted by the DC Triathlon Club and are being relied on by the DC Triathlon Club Organizers and the administrators in permitting me to participate in any organized Club Event. In consideration for allowing me to become a Club Member in the DC Triathlon Club and allowing me to participate in Club Events, I hereby take the following action for myself, my executors, administrators, heirs, next of kin, successors and assigns: a) I AGREE to abide by the Competitive Rules adopted by USA Triathlon, including the Medical Control Rules, as they may be amended from time to time, and I acknowledge that my Club membership may be revoked or suspended for violation of the Competitive Rules; b) I AGREE to abide by DC Triathlon Club rules and code of conduct, as they may be modified at any time and at DC Triathlon Club's sole discretion, and by the rules established for any DC Triathlon Club Event; c) I WAIVE, RELEASE, AND DISCHARGE, from any and all claims or liabilities for death, personal injury, property damage, theft or damages of any kind, which arise out of or relate to my participation in, or my traveling to and from an organized Club Event, THE FOLLOWING PERSONS OR ENTITIES: DC Triathlon Club, Club Sponsors, DC Triathlon Club volunteers, all states, cities, countries or localities in which Club functions or segments of Club functions and held, and the officers, directors, employees, representatives, and agents of any of the above; d) I AGREE NOT TO SUE any of the persons or entities mentioned above for any of the claims or liabilities that I have waived, released or discharged herein; and e) I INDEMINIFY AND HOLD HARMLESS the persons or entities mentioned above from any claims made or liabilities assessed against them as a result of my actions during an organized Club function. I HEREBY AFFIRM THAT I AM EIGHTEEN (18) YEARS OF AGE OR OLDER, I HAVE READ THIS DOCUMENT, AND I UNDERSTAND ITS CONTENTS. If the applicant is under eighteen (18) years of age, their parent/guardian must sign this annual waiver and release form and an additional release available from the Club.
246 queries in 1.222 seconds.